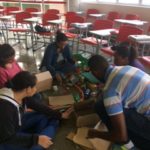 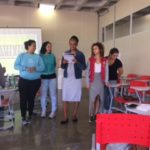 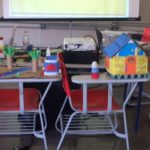 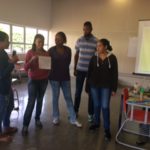 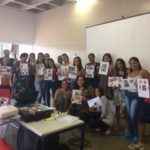 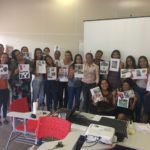 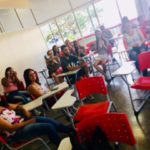 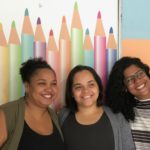 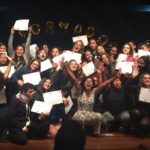 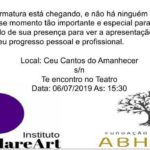 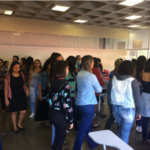 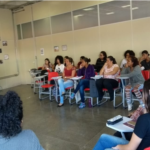 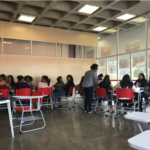 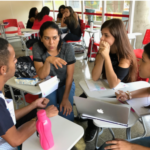 The ClareArt Human Development Support Association (ClareArt Institute) was born from the union of six women from different professional areas who were disappointed with the lack of opportunity in the territory of Campo Limpo. Its mission is to act toward a better future for young people and teenagers by offering a free service that aims to contribute to professional growth through tools and courses that facilitate social interaction and expand opportunities.

Projeto Boas Práticas (Good Practice Project) seeks to minimize social inequality through a professional training course in customer service and reception, whose goal is to develop technical and behavioral skills that are basic and essential to the participants’ employability. In this course, students will learn how to attend and receive clients, organize files, and provide assistance to the public in accordance with the branch of business activity that they will work. During the course, based on theory, practical exercises and group dynamics, the following topics will be addressed:

According to a survey conducted by the newspaper Estadão in 2017 *, the sub-district of Campo Limpo is in third place in the ranking of the most violent neighborhoods in the state of São Paulo, reality also observed by the members of the Institute who lives in the region. This creates an atmosphere of fear affecting the already poor moments of leisure and sports in the district of Jardim Macedonia. The high rates of drug addiction are a contributory factor to the lack of development of the citizens, also compromising the potential for transforming their reality.

Regarding education, supply is also precarious, with an aggravating factor; due to the reality quoted, many professionals choose not to teach in the district, especially during the night, making harder the access to qualified knowledge. This creates a gap in the social and professional training of residents and negatively influences their ability to enter the job market. According to the website www.redesocialdecidades.org.br, unemployment in the district of Campo Limpo reached 75,000 people in a population of 292,000 in the year of 2014. In addition, according to the G1 (news portal) **, in 2014 the neighborhood of Campo Limpo was appointed as the one with the largest number of indebtedness in the State of São Paulo.

In order to transform this reality, it is extremely necessary not only to offer opportunities to learn technical and theoretical skills, but also to develop social skills to reduce the gap caused by the context of social vulnerability of the region and the lack of formal educational spaces. It is with this vision that the “Projeto Boas Práticas” will work.

The course will be offered to 90 people, divided into two classes ocurring in morning and afternoon sessions, and lasts three months. The classes will be twice a week, on Tuesdays and Thursdays, lasting 4 hours each class, totaling 96 hours of course per class.

It will be offered, along with partners, a coffee break and digital workbooks for all the participants; the registration will take place in the space of the partner CEU Cantos do Amanhecer, in Jardim Mitsutani, where classes will be held.

Supported by this foundation, we inform that there are no more vacancies for the two classes of this first quarter (classes from April / 2019 to June / 2019). The criteria for selection were a 16-year-old minimum age and the will to participate. After completing the course, the students are supported, by telephone and e-mail, for another quarter so that the impact of the project in their lives can be verified.

Students with a frequency equal to or greater than 85% receive a certificate at the end. 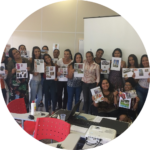 Objetives of the Investment

Do you want to learn more about the ClareArt Association?