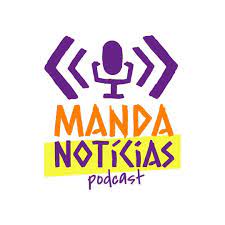 Manda Notícias is one of the first news podcasts in Brazil focusing on the population that lives in the outskirts and favelas of São Paulo. Launched on March 23th, 2020, during the quarantine caused by the covid-19 pandemic, the project aims to bring quality information and promote peripheral culture beyond artistic productions.

Initially, the proposal was to produce content related to covid-19, not only to deal with topics related to the prevention of the disease but also to reflect on the economic and social impacts caused to the poorest during the period of social isolation.

The initiative aims to produce content from daily guidelines, always from the perspective of peripheral journalism, and promote the culture and intellectual knowledge of the people who live in the “Quebrada” of the South Zone of São Paulo.

What makes it different?

Given the current infodemic scenario presented above, Manda Notícias has stood out in the south zone to refute the fake news circulating in the territory and for being an independent media vehicle that produces content with quality and credibility based on the context of its audience. By establishing itself as an independent media with a well-defined purpose and unquestionable quality, Manda Notícias becomes a priority space for its audience and, in this way, manages to win in the attention dispute, which causes fake news disseminators to lose strength, becoming less and less relevant for readers/listeners of the territory in question.

And it is to sustain this work; our proposal aims to enable the continuity of content production for six months and the management of the vehicle for seven months. With such financial contribution, we will pay part of the salary of the current team, which so far acts voluntarily, and we will hire two more production assistants.

Below are some important indicators, which prove our efficiency over just over one year of work:

Social media have been gaining more and more importance in people’s lives, proving to be an efficient means of communication and dangerous since it is in the virtual environment where fake news gains the most significant reach.

About 8 out of 10 people have seen up to two or more fake news stories, and almost 6 out of 10 have seen at least three. Of the total respondents, 6% said they had seen all seven fake news presented in the study.

The survey also identified that WhatsApp and Facebook are among the three most cited sources by Brazilians for all the false statements shown in the Avaaz survey. Of the respondents, 59% saw at least one of the misinformative content about the coronavirus on WhatsApp. WhatsApp was also the most cited source for 4 of the seven fake news stories presented to respondents. Another 55% of the respondents have seen at least one of the uninformative content on Facebook.

Another relevant piece of information from the research is that Brazilians want to receive the corrected information. Of the respondents in the survey, 80% said they would like to receive corrections from fact-checkers when exposed to fake news. Among those who inform themselves about the pandemic, mainly on Facebook, this figure is 83%.

In the face of this scenario, independent hyperlocal journalism stands out as an essential weapon to directly combat the fake news that circulates in the territory, and, beyond correcting misinformation, journalism made from the context of its audience can produce relevant information that creates empathy and brings credibility. And it is in this way, Manda Notícia has broken with the currents of fake news and acted as a relevant and credible journalistic vehicle.

It is also worth saying, in Brazil, it is estimated that there are more than 120 million users on WhatsApp.  According to data from the  Panorama Mobile Time/Opinion Box survey, 99% of Brazilian smartphones have WhatsApp installed, with 95% of users accessing it every day and 60% using the minute plan that their carrier offers for this purpose.

Another point that makes the initiative essential and mindful of its time is that it is the first independent media vehicle native to WhatsApp that is known to exist in Brazil (according to the company itself).

Manda Notícias is materialized in a podcast program that is in its third season. These are productions of reports and audio interviews, up to 10 minutes long, that address issues relevant to the residents of the peripheries.

The schedules are defined in the week before publication and follow the essential criteria of the news: geographical proximity, unpublished, empathy, and public interest. Once the theme of the episode has been chosen, we start the pre-production process that begins by gathering information, selecting and contacting sources, scheduling and conducting interviews, and finally writing the script, where everything that has been collected is curated and organized into a document that serves as the basis for recording the voiceovers, cutting the interviews, editing, and finalizing the material.  Translated with www.DeepL.com/Translator (free version)

At this moment, the editorial proposal is to bring essential information about the pandemic and the emergency public policies outlined by the public power in the municipal, state, and federal spheres. Because it is a channel that uses verbal language as a means of communication, the narrative used and the tone of voice are elements that deserve attention. For this reason, we take care that in addition to clarity, the messages bring tranquility and comfort to the listeners.

The stories told in Manda Notícias are treated with maximum respect, always considering the deconstruction of stereotypes, to build new narratives from the actual memories of peripheral subjects.

Do you want to learn more about the Interference?