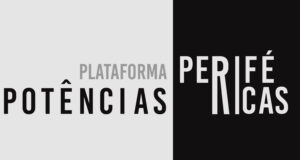 A platform to facilitate ‘matching,’ that is, the meeting and connection between donors and donees!

Its main differentials will be:

Its main benefits will be:

How did it come about?

The idea of the Platform Potências Periféricas came about in December 2019, in a meeting where the ABH Foundation, the Collective Potências Periféricas, and the Jatobás Institute participated and during presentations and conversations realized they had a shared pain and dream: To facilitate the meeting and connection between donors and donees!

Thus, they joined and brought to the Working Group ponteAponte and the Tide Setúbal Foundation that, together with the Jatobás Institute, supported the creation of the Potências Periféricas collective.

The ABH Foundation suggested applying to the Bis Fund call for proposals to make the idea viable; the group worked together to conceive the project, which was positive! We were awarded a grant of R$60,000.00 to get the first version of the idea up and running!

Since then, there have been countless meetings and research to design a solution that effectively fills the gaps in this regard and considers the needs of both investors and powers*!

In 2021 we started the development of the platform!

Who will be in charge of this task will be a powerhouse, Fristtram, born in Guinea-Bissau (Africa) and currently a Brazilian resident working as a developer in São Paulo – SP.

It is expected to be released by September 2021!

Who is it for?

POWERS OF THE PERIPHERAL REGIONS OF BRAZIL

INVESTORS AND DONORS FROM ALL OVER BRAZIL

To design the PPP, we surveyed the various audiences to understand their pains, needs, desires, and profiles to develop a friendly and helpful solution!

The results of the survey can be found here (in portuguese only).